The battle we face for humanity is lead by inhuman actors. We are beginning to see the evidence of this all around us as they are finding it more difficult to cloak themselves with the charade of being human. This was predicted in the parable of Yshua with the Wheat and the Tares. In this parable, the non humans represented by the tares are indistinguishable to the humans, represented by the wheat.

The link has been removed by NBCNews and even now made private and unassociated with their channel. But we uploaded it here,https://www.brighteon.com/fe482306-ef0f-4a1d-92e6-fdd6eb58a853 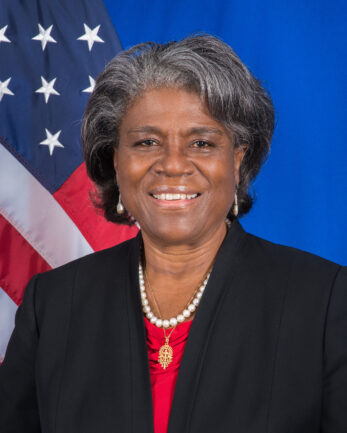 Their drug is Adrenochrome, it is harvested from a human victim while they die in complete panic and terror. This is why this entity is the leader of the UN by defacto as the USA is the biggest UN influencer. She, it can with that face of hers extract more adrenochrome from a human victim and better more concentrated adrenochrome, making her the more powerful and thereby the leader of the UN . world government apparatus.

“But she has committed the cardinal sin of getting caught. She is now in danger of a MIB response to eliminate her, lest she slip again, or they might let her slide if it were not her fault, such as a camera anomaly.

They had to do something to mask the non-human enemy all around us and that is why they rolled out the gene therapy so called vaccine, when in truth it actually lowers your immune system and its intention it to make everyone or a large percentage of the population inhuman appearing so they can mask their inhumanity.

Ephesians 6:12
12 For we wrestle not against flesh and blood, but against principalities, against powers, against the rulers of the darkness of this world, against spiritual wickedness in high places.

A Covenant with Death Environment