A Twelve State Solution for Israel

A 12 State Solution for Israel

The problem facing the people of Israel is an overbearing government system and bureaucracy that is not responsive and aloof to the needs and aspirations of the people of Israel. The people of Israel, no matter haw small the country is, are highly diverse. In fact, it is the most diverse nation in the world per-capita. The current system of government is a modern overly simplistic approach of “one-size-fits-all”, which represents a regression from the past. 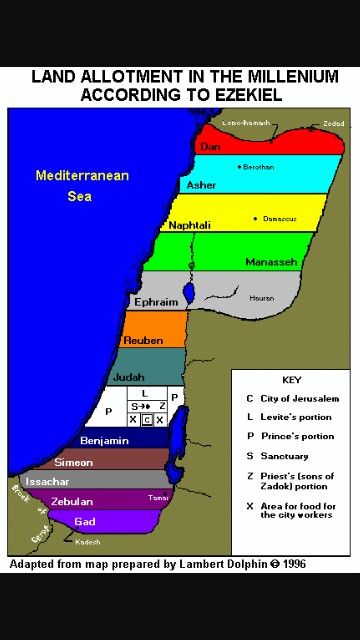 The vision of the sages was borrowed by the United States constitution of representative government and went on to be the freest and most powerful nation on earth as a result. The modern state of Israel in its rush to declare a State and form a government under fire by British and Arabs alike did not take under consideration the historic vision of the Prophet Ezekiel which maps out the regional governments, nor the historic and modern success of localized government.

For people who live in large nations like India or the United States, it seems like a natural thing to do. How would you like it if everyone in the government, the parliament and the executive cabinet, were all from New York City, or New Deli or name your far away big city. We are individuals and we choose governments to make our lives more simple collectively. We do not form government in order to make our lives more difficult and to place upon ourselves onerous rules and regulations to be enforced by people who have never even been to our town, city or region, except to drive through or visit a tourist attraction. When I call the police in the capital city of Jerusalem and tell them I am at Zion Square, the most known square in all of Jerusalem, the police dispatcher will ask me for an address, proving they do not know Jerusalem and are unable to respond effectively as a result.

The world’s first modern map of representative government according to geography was invented by Israel as found in the book of Ezekiel in Chapter 48. The map of the Prophet Ezekiel, prophetically foretells modern Israel and its proposed modern division according to the 12 tribes plus one governing region. Twelve portions are marked off for the 12 tribes and one central portion designated for the Royal District.

The benefits to the entire population and the government system itself are tremendous with many unforeseen positive effects predicted. For example, 12 governing districts will have their own local laws that reflect their way of life and the 12 governors will all be part of the ruling cabinet. In a royal system whereby the King is chosen by bloodline, the leaders of the twelve tribes will exhibit power to represent their local population by election of the people and by participation in the executive cabinet and the military.

The military, the legislator and the police will all come and govern within their respective jurisdictions. This will naturally give the people greater choices to express their individuality and will make the entire government much more united and powerful with twelve solid and separate building blocks, rather than one big block. The problems with one big block of government power and control are many. We are all forced into one system by people who do not know us nor understand our ways. If something goes wrong financially or economically, or deep corruption is discovered or the people are subjected to tyrannical rule as we saw with Covid 19, 20 and 21 lockdowns and small business closures. In a 12 state solution, if one government becomes tyrannical, there is a possibility of crossing over to another jurisdiction what has laws more suitable to your lifestyle.

The Kingdom of David will phase in a 12 state solution and provide a stronger, more representative and responsive government to the people and end the national charade of national election of people who have no idea how to run a government and are there to grab and take what they can for themselves. The Empire of David is here to serve and filled with professionals who care about their nation and the human condition. We welcome you to become a subject of the worldwide and everlasting kingdom of kingdoms. Answer to a higher authority: Go here to register and receive your certificate of citizenship.

If you wish to join me in Israel and sit on the advisory board of the Empire of David, I welcome you to join our distinguished team. Call me or write 0584852733  info AT empireofdavid.org