War propaganda inverted into Messages of Peace and Hope

“Hear the voices of mothers and grandmothers calling for peace”

Truth is the first casualty of War” 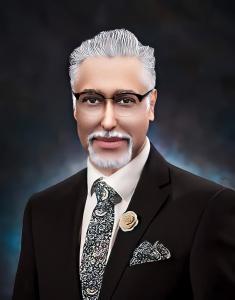 JERUSALEM, ISRAEL, March 1, 2022 /EINPresswire.com/ — War on the European continent is a cause for world anxiety. The fear that this new war involving Russia and Ukraine can have a spillover effect and spread to other countries is a real concern, particularly as Germany has recently reversed it’s long standing rule not to send arms into a war zone.

As news reports were streaming in of an invasion by Russia into the Ukraine, (WPT) World Peace Tracts Ambassadors sprang into action collecting on the ground intelligence from the conflict zone. H.E. Sir Patrick Bijou, WPT Director General of Europe, immediately dispatched a letter over the weekend to the president of Russia, Vladimir V. Putin, via their envoy in Stockholm, with a special offer of diplomacy.

The contents of the letter dated February 26, 2022 and sent via the Russian Embassy in Sweden are confidential. This excerpt was made public from the letter to Putin:

To Vladamir Putin: There are many benefits and opportunities to choose our NGO as a diplomatic venue. We are founded in Sweden, a stanchly neutral country. As an NGO we do not carry baggage or history of taking sides in conflicts as do our government counterparts. World Peace Tracts and our World Peace Ambassadors do not officially take a political stance on any conflict, rather we act as neutral brokers.

It is my desire to echo the voices of mothers and grandmothers calling for peace and a return to calm and it is my hope that they shall be hear.

We are not sent nor sponsored by any state government or entity. We did not seek anyone’s permission, nor did we notify anyone of our intentions, but rather we are acting within our authority as concerned members of the human race seeking to secure peace for the benefit of all mankind. I look forward to your positive response.

Signed: H.E. Sir Patrick Bijou
When H.E. Sir Patrick Bijou was asked why he thinks peace is possible? His answer: “Clearly both sides have more to gain from peace than from war. It is my belief that the more this is highlighted and drums of war by outsiders muted, will be the path forward for peace.”

As of today the Kremlin has yet to respond to the letter issued by World Peace Tracts and our attempts to contact the Russian Mission in Sweden was unsuccessful.

The concept of World Peace Tracts was first conceived in 2005, by the Founder while watching a war propaganda literature drop in Iraq by the US military. That gave the Founder the idea to invert the process of war, lies and suffering into an agent of hope and peace, in essence converting “Swords into Plowshares”

World Peace Tracts is established as an international diplomatic and logistical network to bring hope, change hearts and reduce hate. WPT is mandated to lobby for peace, alleviate the sufferings of war, reduce violence, broker peace between warring parties and to secure the release of captives of war and conflict.

The WPT Peace Formula of unbiased diplomacy, coupled with Peace Tracts and PeacePaks are effective, complementary and well received. Peace Tracts are short message comics that tell stories of love and peace.

PeacePaks are care packages that contain items useful for victims of war and conflict and to enhance the acceptance of Peace Tracts messages.

World Peace Ambassadors, are a world wide diplomatic core of citizen ambassadors for peace, mandated to be a voice of Peace and Hope, to lobby for peace to governments, business and media leaders. To secure an end to hostilities and the release of captives, working in accordance with the law and with WPT headquarters.
The World Peace Tracts organization does not receive government grants, instead partners directly with socially responsible corporations, startups and donors to bring hope and peace around the world.

World Peace Tracts partnerships has the power to enhance the brand of any corporation, product or startup in achieving their goals of social responsibility and receiving benefits often outweighing any outlay in tangible and ethereal ways.

Many corporations are beginning to understand the importance of social responsibility for their brand. A Forbes survey showed that most consumers are willing to pay more for a product or service that comes from a company that is socially responsible. When it comes to networking or employee retention, the benefits are even greater. Employees are more likely to stay with a company, even if it pays less than the competitor due to its culture of “giving back” Investors who have endless choices, will often choose to invest in the startup that makes them feel good about their giving. Among the top desires people have, “World Peace” is at the very top of the list.

World Peace Tracts has a diplomatic core of over 700 World Peace Ambassadors from over 70 countries including billionaires like Shahid Khan, the richest man from Pakistan, African film star, Ken Erics. Members of royalty and world leaders have changed their professional titles on Linkedin and their CVs to “World Peace Ambassador”