A unified Africa that repatriates the African diaspora, will be an unstoppable force for world prosperity and equality that will make Africa the dominant Continent of the 21 century”

JERUSALEM, ISRAEL, August 1, 2022 /EINPresswire.com/ — Ushering in the Aquarian Age of Peace and brotherly love to all mankind.

The worldwide universal and everlasting kingdom and Empire of David is the good news that will be proclaimed throughout the whole world before the end of the age. Proclaimed publicly in Jerusalem, the constitutional monarchy of David is unique to all governments. The Knesset or legislative system of the kingdom is governed by two bodies, the house of elders and the house of the people. Unlike societies of the world that push away the wisdom secreted within their elderly population, the Empire of David will rather elevate and access this wisdom as a balance to the policies of the youth.

And while the most powerful throne in the world will be empty and devoid of a monarch until the king of kings is revealed to the world, The Worldwide Empire will be overseen by 24 princes acting in accordance with the constitution and legislative bodies. To be chosen as one of the 24 princes of the Worldwide and Everlasting Empire of David is an unsurpassed honor greater than that held by the Queen of England or any other monarch. Only A person of extraordinary character, commitment and action is chosen to hold such honor.

Since its re-establishment, the Empire of David has selected only one Prince to honor who has displayed unequaled qualities of charity, integrity, commitment and ability, all of which have coalesced in the crowning of His Royal Highness Prince Sir Patrick Bijou. Sir Patrick, like the British founding fathers who pioneered the New World, is himself a pioneer who is leading the entire world to a promised land free of tyranny, a land flowing with the milk and honey of freedom and justice. A land that has its beginnings in the hearts of men and women worldwide who look to a higher authority and believe in a hopeful narrative and bright future for humanity.

What may be perceived as a fantasy in many minds is gnawing away at the fabric of reality with a truth so profound it eclipses fantasy. This profound truth is that an emerging world empire is arising from Middle Earth that will engulf the whole world with a fantastic new reality that will echo the popular song of the 60s and usher in an Aquarian age of harmony, peace, and understanding and goodwill to all mankind.

The foundations of this fantasy that is impinging upon reality began a long, long time ago, in a land far, far away, when a shepherd boy who was taken away from his home in Bethlehem and from the flocks of sheep that he loved, cared for and risked his life, for time and time again.

The good shepherd who fought both the lion and the bear to save you and me is King David, of which Yshua said, “I hold the keys of David“, And of which the Koran proclaims most unequivocally that: “David is the king of the world.”

Humanity is at a precipice and faces a crossroads in its journey through time, the choices of which are stark and monumental. The choice is to continue into the abyss with the mainstream media narrative controlled by a handful of corporations, which paints a picture of certain death and destruction. The same world narrative to which our collective leaders are marching in lockstep proclaims the most significant problem facing mankind is humanity itself!

As physical, spiritual, supernatural and interdimensional beings who are fearfully and wonderfully made, it is time to rise and take on a new narrative, a new direction, one that leads humanity upwards. It has been said repeatedly that “spiritual problems do not have physical solutions”, And while that may be true, a spiritual solution must have a physical manifestation. 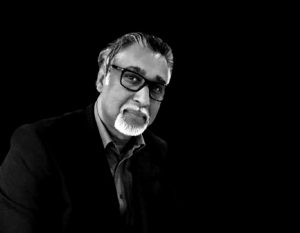 The office of the Overseer of the Empire, who himself is a refugee from the land of Goshen in Egypt, said: “HRH Sir Patrick, has demonstrated such commitment that I believe he is chosen from above, and as his name, Bijou, means jewel in French is fitting that he is a crowning jewel adorning the crown of the Empire of David.”
“Others will fill the remaining 23 thrones from all nations who demonstrate the same commitment and have extraordinary ability similar to HRH Sir Patrick.

Africa is the Key that Unlocks the Empire of David

“A unified Africa that repatriates the African diaspora, will be an unstoppable force for world prosperity and equality that will make Africa the dominant Continent of the 21 century” said Sir Patrick, who himself is partly of African descent via his grandmother. The Empire of David working together with Honorable Chairman Adam Husham of the SPLR & the Pan African Peoples Alliance, is clearing a pathway of hope in the “Land of the Blacks” from the Sudans, a black hand of hope and unity for Africa shall point the way upwards for the whole world. 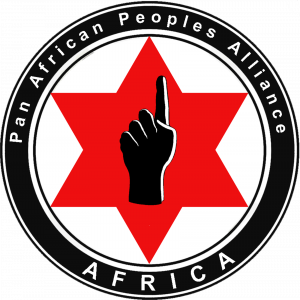 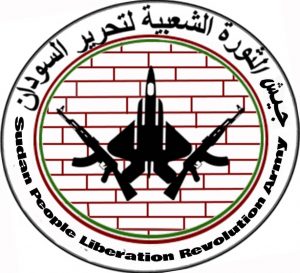 What would a kingdom be without subjects?

Anyone, rich or poor, free or bound, can become a citizen of the Empire and immediately receive to their email a frameable quality, downloadable certificate of citizenship with their name on it and a unique ID number registered in the database for future verification. A donation of any amount is required to prevent fraud and abuse.
Do you ever feel like you don’t belong? That you are marching to a different beat than the world? Have you ever felt that you answer to a higher authority and that your citizenship is in heaven?

You can begin your journey into a fantastic new world and be part of an indestructible kingdom of kingdoms, The Empire of David. https://kingdomofdavid.org/citizenship/

READ THE UNEDITED VERSION OF THIS PRESS RELEASE HERE: https://kingdomofdavid.org/press-release-july-27-2022/